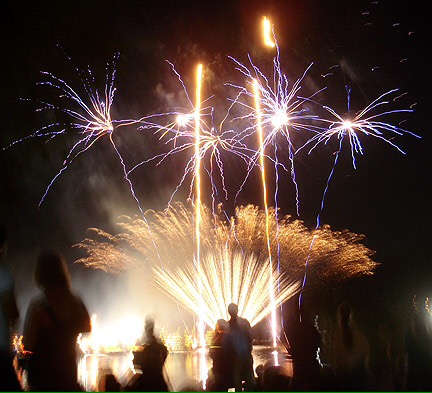 About 24 years ago 11 year old me found themselves on the bathroom floor wondering “hmmm how did I get here?”. So began my journey of a life with epilepsy. A life knowing that the electrics in my brain don’t work particularly well, and, when triggered, will malfunction. A life knowing to stay away from flashing images particularly strobes. A life knowing that I won’t be able to drive. A life having to tell people about the condition and sometimes getting ‘the look’. A life of people telling me what films I shouldn’t watch. A life of dreading fireworks night and Christmas decorations.  A life of being followed around the swimming pool by the lifeguard because you’ve told them that you have epilepsy (I do sometimes worry about the other people in the pool). A life of injuries, and not really fully comprehending how I got them. A life of gaps in conversations dues to absences.

On Friday I was asked ‘how has epilepsy affected you?’. My response “not much really!”

But the person continued to delve. “Tell me about being epileptic” this was where I corrected them saying that I’m not epileptic, I have epilepsy!

So I started to explain how I don’t think it really has affected me. Because I have grown up with it, it is just a part of who I am. I know people who have been diagnosed as adults, and it seems like it has been so much worse for them, that they have lost so much more. Especially when it comes to driving, and independence to a certain degree. But for me, not so much. I may have had moments when I wished I could drive, but on the whole, it is what it is.

I automatically focussed on the aftermath, the endless confusion, the wide array of injuries I have gathered from quite ‘amazing and dramatic’ seizures (this is the favourite part when talking to the pupils). The fact that it takes about 2-3 days to fully recover, and how what happened gradually comes back to me over time. Never completely, but some of it does.

“Do you know that they are coming?”

Sometimes. If I do, I try to get myself into a safe space. Unfortunately I don’t always pick up on the warnings, and that is normally when I damage myself most, whether it is falling down stairs, or face first on to a concrete floor.

This is when I discovered that Dostoevsky had epilepsy. He described it as a great pressure that kept building, with a sense of euphoria as the seizure came, and then a week of a cloud of confusion.

I know that feeling. I have been in that position where I have been so twitchy, jerky, blanking out, that I “just want to have a seizure and get it out of my system”! There is a sense of release, and of relief amidst the confusion of not fully knowing what has happened. It’s a clearing of the system.

How has living with epilepsy affected my life? I’m not good at living in the mundane, because I’m not used to it. I. Waiting for the next defining moment. As much as I like to think I can prevent the dramatic melting moments, I also weirdly crave them. I need to have a build up of pressure, and then release it, usually in some dramatic way.

I haven’t had a grand meal seizure in 18 months, for which I am grateful. But I’ve had many other dramatic releases along the way. The other week, I thought I was going to have one, and I hate to say it but I did kind of hope that I would.

I’ve had 24 years of measuring my life by the last seizure, and since then, breakdowns (mini and major)

How do I escape this, quite complex and scary cycle? I have no idea, but before Friday I didn’t think epilepsy had affected my life! So I would say that this a game-changer but not idea yet, of how to change the game.

One thought on “Release”