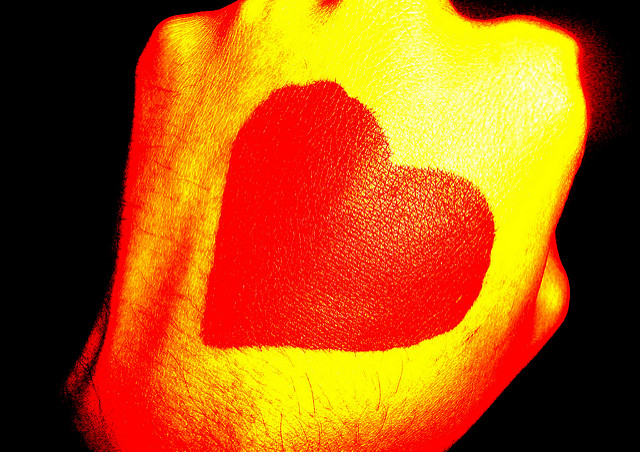 At advent last year I started writing a blog for school. Each week I take a look at the theme/thought of the week, this is then available for pupils, parents, and staff. It’s actually available to all, but a link is given to all. I’ve really enjoyed doing them, and it has challenged me to think theologically each week. It has also come in VERY handy when I have had to do a last minute assembly! Yesterday I spoke about making myself vulnerable to the pupils, in the blog post Taking big steps – I do think it is important that pupils see that we are human, even if they do still get shocked and feel the need to tell you if they’ve seen you outside of the school building. The post which I have written this week, is again, showing vulnerability on my part, similarly to my assembly, I didn’t know how else to explain it. I normally don’t cross over the two blogs but today I am. So below is a copy of it…

I went to King Edward VI Handsworth School for girls in Birmingham, this was one of only a handful of grammar schools in Birmingham (it’s a very different system there).

I didn’t find school easy, I wasn’t one of the brightest, and would often find myself at the bottom of the class…struggling to understand…frustrated that everyone else seemed to ‘get it’ a lot quicker and easier than me. Yes, I played music, but I had to work hard at it, and still, there were others for who, it came a lot easier than me. I was so happy at school, I had awesome friends, who are still friends now, but when it came to work, I found myself frustrated and miffed a lot of the time.

Then, of course, there was the diagnosis of epilepsy aged 11. Not only was I trying to cope with secondary school, but also trying to deal with coping with seizures, trying out different medications, finding concentration difficult because I kept having absences, having prolonged periods of time off school.

After 7 years I left Handsworth with amazing experiences, the most awesome group of friends, GCSEs, A-levels, a place to study Religious Studies and music at university, and grades 8&6 in clarinet and piano. Not bad, considering how difficult I found it.

Every year there are prizes given at Handsworth, the majority of which are for academic excellence, or excellence in music, drama, sport etc… But there is also the Helen Bagnall (maiden name) prize for perseverance. In my first year of university I got a phone call from my dad, who said that he contacted the school, to see if he could donate a prize, in my name. So he did. This was his way of telling me how proud he was of the way I dealt with everything that life threw at me at school, but also to encourage other girls not to give up.

Why am I telling you all this? Our final value as a school is perseverance. All of the values are important, but I think this one is possibly the most difficult to master. The idea that when we face adversity, that we don’t give up. We need to keep trying.

I am a massive fan of friends, and I can remember what happens in most episodes, and the one that fits in here is ‘the one with the ultimate fighting champion’. One of the character’s boyfriends is a millionaire after he created a computer programme called Moss 865. He then decides he wants to be an ultimate fighting champion, so he has his first fight, and is pulverised within seconds. He then has a second fight and is left for dead. His girlfriend says something along the lines of ‘well you gave it a go, but now let’s stop’ to which Pete says ‘I’m not going to stop until I am the ultimate fighting champion, why do you think Moss 865 is called Moss 865? It’s because there were Moss1-864 which didn’t work”

This character knew about perseverance, he had a goal, he wasn’t going to give up, he learned from his mistakes. We never find out if he became the ultimate fighting champion, but we know that he was going to persevere.

When we get things wrong, when we struggle with things, it is so easy to just give up, but perseverance is about getting back up again, and giving it another go. We are not going to become experts at everything, but we can learn and develop from those adversities.

The parable linked with this value is the parable of the widow and the judge. Jesus told this parable to encourage his disciples to persevere in prayer. Essentially, we have a widow who keeps seeking justice from a judge, who keeps turning her away, until he eventually grants her what she was asking for, because she was so persistent. This isn’t to suggest that we will always get whatever we want, but that we should keep trying, because we never know what we might achieve.

I know I say this most weeks, but things aren’t going to be plain sailing for any of us, we are all going to come across problems, and they are all going to be different. We won’t all respond in the same way. What might be a problem for one person, may not be for someone else. That’s fine, that’s one of the joys of being human. The question is, how will you deal with it? Will you get knocked down and stay down? Or will you be like the lyrics of tubthumping, by chumbawumba “I get knocked down, but I get up again, you ain’t never gonna keep me down?’

I wouldn’t have got through school without some amazing teachers who would spend extra time with me; my friends who would help me to understand some of the difficult concepts in Philosophy, Theology, and Music; my epilepsy sister who helped me learn to deal with the illness; and of course my parents who supported me, tirelessly throughout. Perseverance isn’t something we should do on our own. Sometimes the only way we can persevere is by accepting that we are stuck, and asking people to help us.

Sometimes, it may take us longer to get back up than others, sometimes we will need more support to get up again than at other points, but the parable teaches us that we should keep persevering, both physically and in prayer, trusting that it is part of God’s plan for our lives.

Challenge: is there something that you tried once, but gave up quickly because it was difficult? Give it another go. (I’m going to find my guitar out again – and persevere with not being so good, and with the pain on my fingers – you can keep me accountable to it as well)

Prayer: Father God, we thank you that you are with us in the good times, and the tough times. Help us not to give up, but to persevere in all aspects of our life as we learn and grow in you Amen.